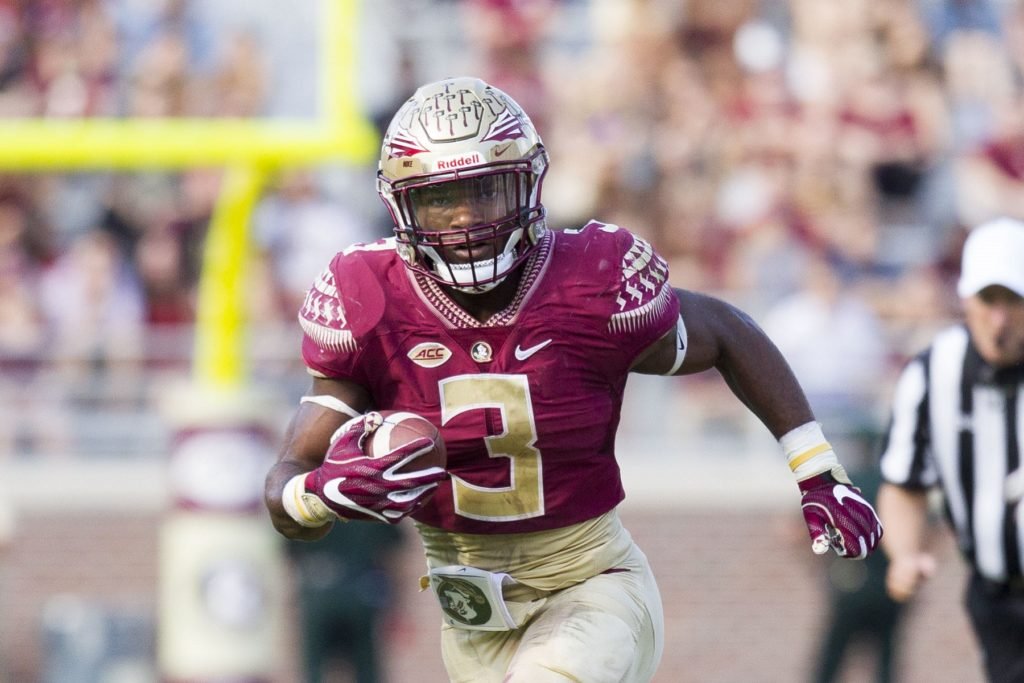 Shows good burst, toughness, and receiving ability, and right now for me he's clearly atop the 2nd tier of backs in this class.

I love what I see when Akers gets hit in the backfield (which happens a lot).

FSU's poor OL play led to a lot of contact behind the LOS, so he has plenty of experience fighting for positive yardage and making something out of nothing by continuing to move his feet.

Akers moves well in tight spaces and employs a nasty jump cut, but also has the top end speed to break through a defense.

Below he presses inside, cuts hard to the backside, and then cuts up inside again for an easy lane to the end zone.

Akers has really soft hands and is really smooth when he catches on the run. He shows good initiative and toughness on blitz pickup as well. He should be able to step right into passing downs on an NFL team.

Below is one of my favorite plays from Akers... Catches the screen, immediately turns upfield, breaks a tackle with a really nice stiff arm, then falls forward while he's being brought down for a few extra yards. He almost always finishes runs with forward momentum.

The biggest knock I have on Akers is his vision and tendency to bounce.

In the NFL you need to learn when to take what you can get. In the clip below, instead of knifing upfield and taking 4 yards when he has some daylight, he tries to go outside and only picks up a yard.

I love Akers as a prospect and can't wait to see where he winds up.

We've already seen it starting but I think the closer we get to the draft, the more love Akers is going to get as a prospect.