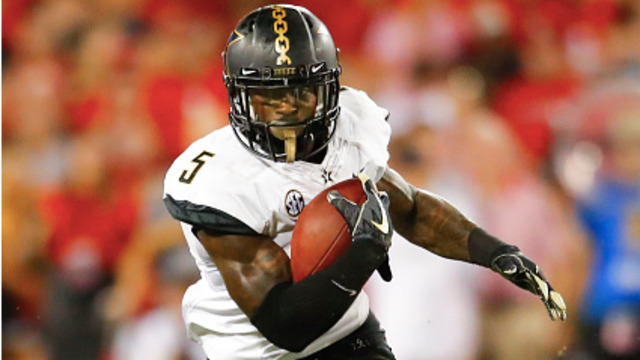 This is a kid that's being overshadowed by the rest of the 2020 RB group and could be a sleeper in his class.

The first thing that jumps out when you watch Vaughn is the toughness when running the ball. He doesn't go down easy -- he's going to fight for every inch of yardage he can get.

Vaughn does have a tendency to try and bounce things outside. In this situation it works out because he's able to win the race to the edge. Then he extends the play from a 5 yard gain into an 11 yard gain because he doesn't give up even though he's wrapped up.

A big knock on Vaughn is his receiving numbers. Everything I've seen on tape says he's actually a really fluid receiver who would probably do well in an offense that featured him as a pass catcher.

Overall, Vaughn looks like an underrated draft prospect who has everything teams look for in a running back. Does well in pass pro, good speed and natural runner, good hands, and runs extremely well through contact.